Jessica Natalie is a health and fitness lifestyle blogger who is passionate about running and wants to spread the love on her blog Cause I Love Running.

Also known as “energy gels,” running gels are a staple for the professional athlete’s diet, especially when it comes to long, grueling workouts all the time. While they might come from super small packets, they really can pack a punch when it comes to refueling carbohydrates into your system, as means of propelling you forward when you are starting to feel fatigued.

Perhaps you might want to give running gel a try, but are not sure just where to begin. That said, we are here to help! In this article, we will give you some information on the best running gel for optimal performance, as well as offer our selected ones for you to get started. Soon enough, you will be running like a pro. Let’s get started!

* Below, you'll see more detailed reviews, but you can also click the links above to see current prices and read customer's reviews on Amazon.

All You Need to Know about Running Gels

When it comes to running gels, there are a lot of complexities surrounding even the smallest of packets. Before going about selecting running gels to try out, here are some aspects you will need to consider for doing so:

Just what are running gels made of? Essentially, they are little packets of carbohydrates, but in some cases can also contain added supplements such as electrolytes, vitamins and minerals, and even herbs for other effects outside of the gels’ intended function.

Athletes such as runners take running gels for replenishing energy that is lost during long, intense sports activities: since the body breaks down lots of glycogen from the carbohydrates inside of the body, having the gel to add back that lost carbohydrate helps increase energy again, as means of continuing to run. They are also able to reduce cramps afterwards. 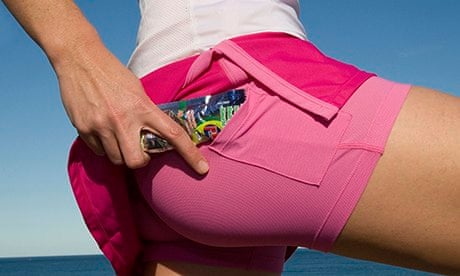 Especially for long races and runs of over sixty minutes, it is recommended that you take some running gel to help you stay on top of your game. Typically, it should be consumed around fifteen minutes prior to the activity, then around sixty minutes while exercising.

One important thing to know is that not every workout requires running gels: if you are not particularly a professional athlete or one that logs just a few miles a couple of times per week, then running gels might not be necessary for you.

They are best used when performing long, intense workouts, whether for marathons or other strenuous workouts that causes the body to lose plenty of water and minerals, e.g. carbohydrates.That said, be wise when deciding if running gels are right or not for you!

* Below, you'll see more detailed reviews, but you can also click the links above to see current prices and read customer's reviews on Amazon.

At only 100 calories and with added fructose and maltodextrin for absorption and longer-lasting energy, GU’s energy gel makes for an ideal running experience. Its minimum of 21 grams of carbohydrates is also not a bad item to consider for your next race or long, intense run..

After reading about it and purchasing it, I have come to find GU’s energy gels to be good in terms of effectiveness and variety of flavors. Only thing I would change is to limit the flavors just to a few, since I ended up wasting half of the flavors which I did not enjoy taking.

Surprising as it sounds, PowerBar’s energy gel is gluten free, but still contains the energy necessary to keep you going even during the toughest of races. It also has sodium to retain water as you run and has a smoother consistency, thereby making it easier to swallow and absorb into your system.

Like from what I had heard, I found the strawberry-banana flavor of PowerBar’s energy gel to be quite delicious, especially when I am not a huge fan of the flavor to begin with. While the taste was good, the texture was too liquid-like, and much of it spilled out when I opened the package. That said, it could be thicker in consistency.

With only a minimal number of ingredients (carbohydrates and electrolytes), CLIF SHOT’s energy gel takes you back to the basics of energy replenishing, while also keeping it organic and vegan for the health-conscious out there. Its green-tea caffeine also keeps you alert and focused, without all of the headaches from other caffeinated products.

From all of the heavily-processed gels out there, I found it refreshing that CLIF SHOT’s energy gel only contain a few ingredients so that I knew exactly what I was consuming. I wish, however, that the texture could be thinner, as it was difficult to take at times.

All natural and containing not just carbohydrates, but also protein and the essential amino acids, Huma Chia’s energy gel is an all-around product to consider taking for a healthy, optimal performance. It also contains grounded up chia seeds to continuous energy, so that you do not crash in the middle of your workout.

When I first took Huma Chia’s energy gel, I was impressed with how long they tasted while completing a long half-marathon; I also appreciated the easy opening on the packet for easy access, but found the opening to consume it too small for taking in all at once.

Sweet from the tapioca syrup and organic honey, Honey Stinger’s energy gel satisfies sweet tooth individuals while also keeping them replenished during even the longest of races. It also works for swimming and cycling competitions, as well as triathlons.

As an avid lover of all things sweet, I found pleasure tasting Honey Stinger’s energy gel while also reaping the benefits from its effects during races. While some may find it too sweet, I think it was just right. Only thing I would change is its temperature-sensitive ingredients, which cause it to harden under cold weather.

Winner of the Roundup

Overall, the winner of this roundup goes to Honey Stinger Energy Gel (#5). Compared with other brands, the taste and texture are just right for consuming efficiently during races, and it also does not make you feel sick after doing so.

It comes in different flavors as well, thereby giving you more choices. More importantly, it works just as effectively as other gels out there, keeping you energized and prepared for the rest of the run to come.

Hence, when it comes to choosing good running gels for physical activity, it helps to pay attention to how it reacts with your body, as well as whether it tastes good and benefits you while on your run.

With that said, happy running!

5 Things to Consider Before Purchasing a Best Stadium Seat

4 Important Things To Consider Before Purchasing a Callus Remover

How To Find The Best Sprinting Shoes For The Ideal Runner

How To Get Rid Of Fungus Under Toenails

How To Find The Best Knee Brace For Running

How To Not Get Tired While Running?